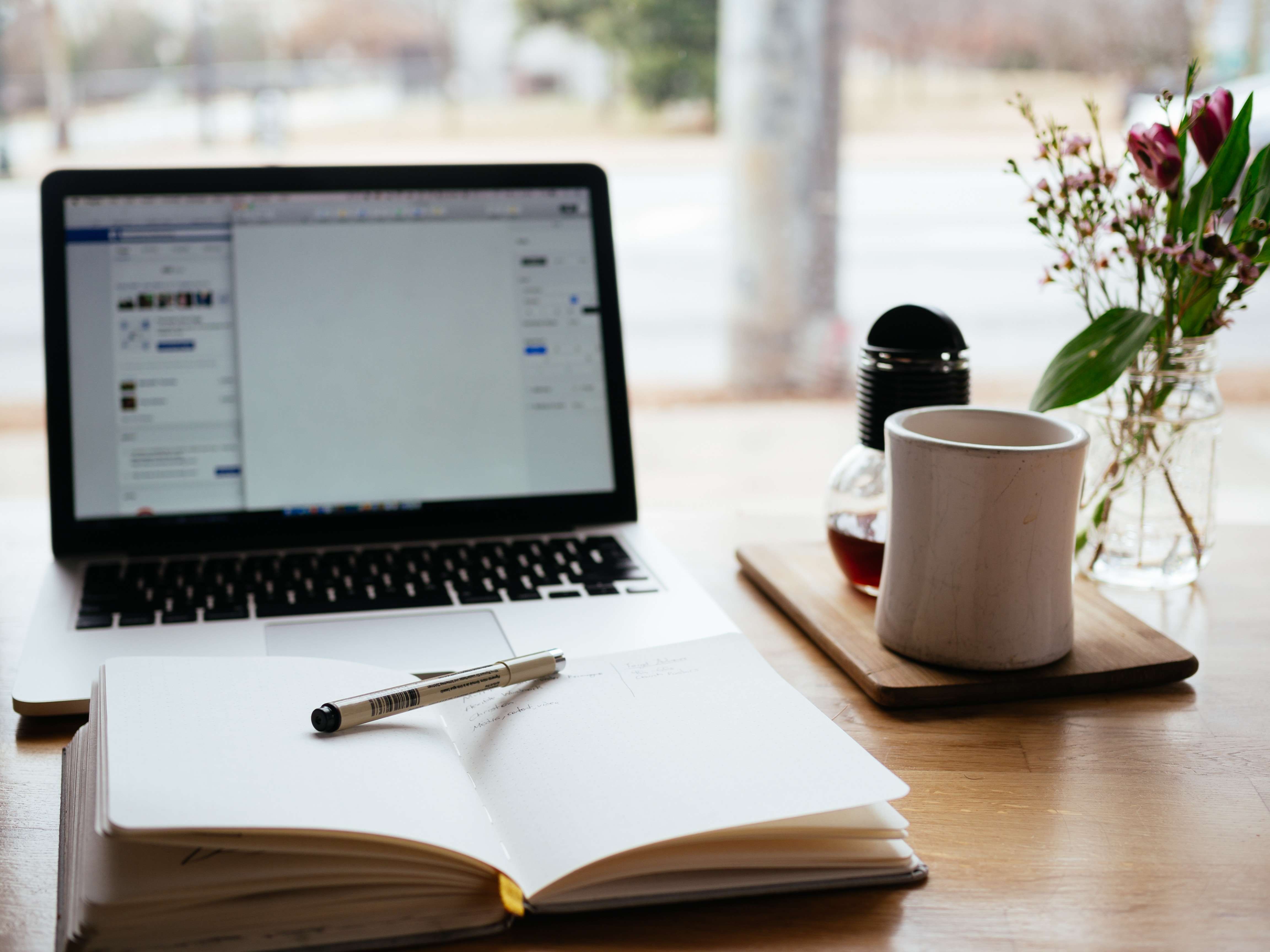 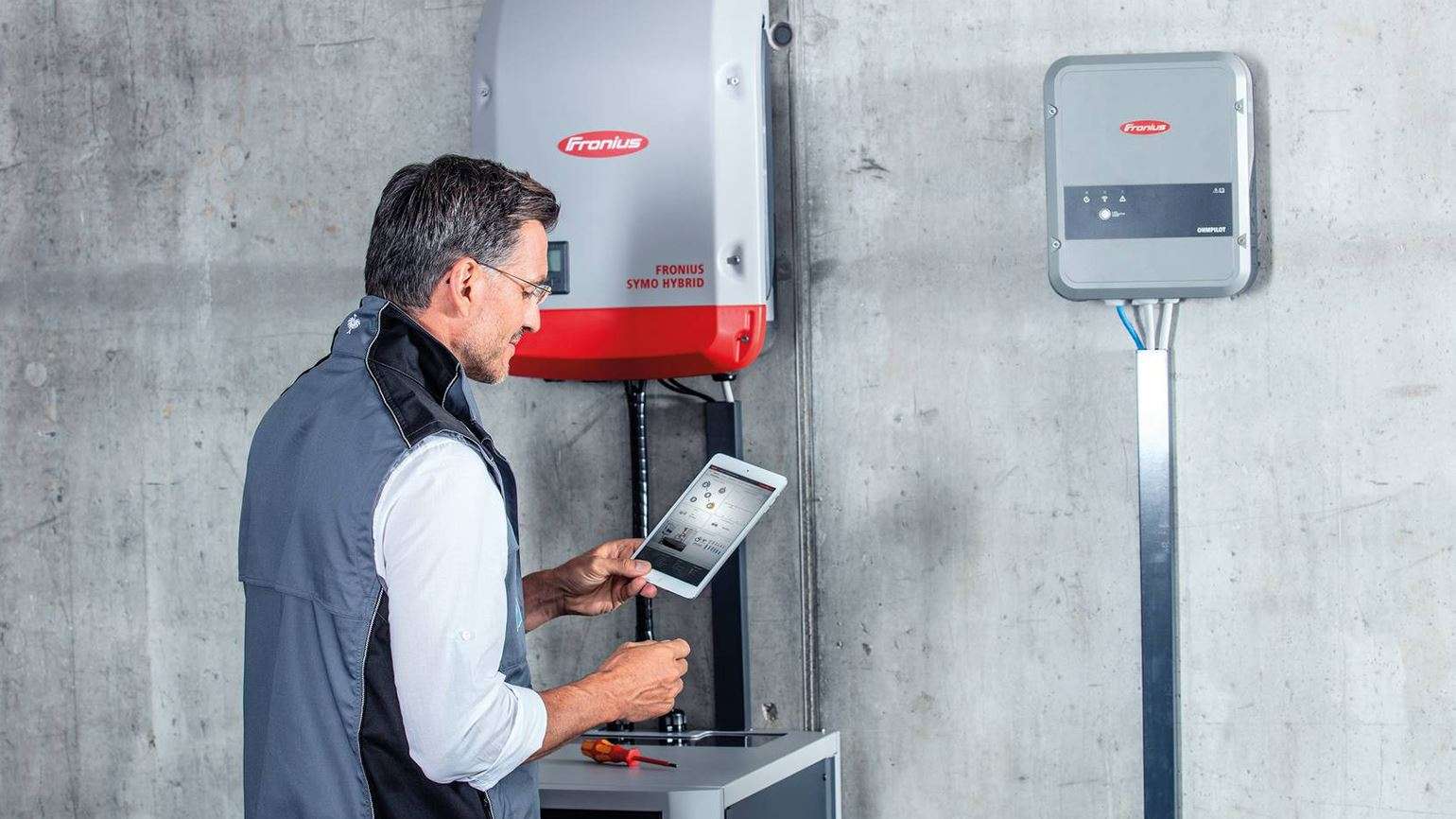 While selecting a solar inverter isn’t as daunting as choosing the right solar panel, it’s still an extremely crucial step in building a quality solar system that’s built to last. We’ve taken the guess work out of this step by hand picking the worlds best solar inverters for you to choose from. We also dive into the difference between a ‘DC string inverter’ and an ‘AC solar system’ or ‘micro-inverters’.

Sungrows Australian HQ are based in Northern Sydney and have been present in our market since 2012. Sungrow inverters claim to have a 15% global market share which makes them a major player in the solar industry. 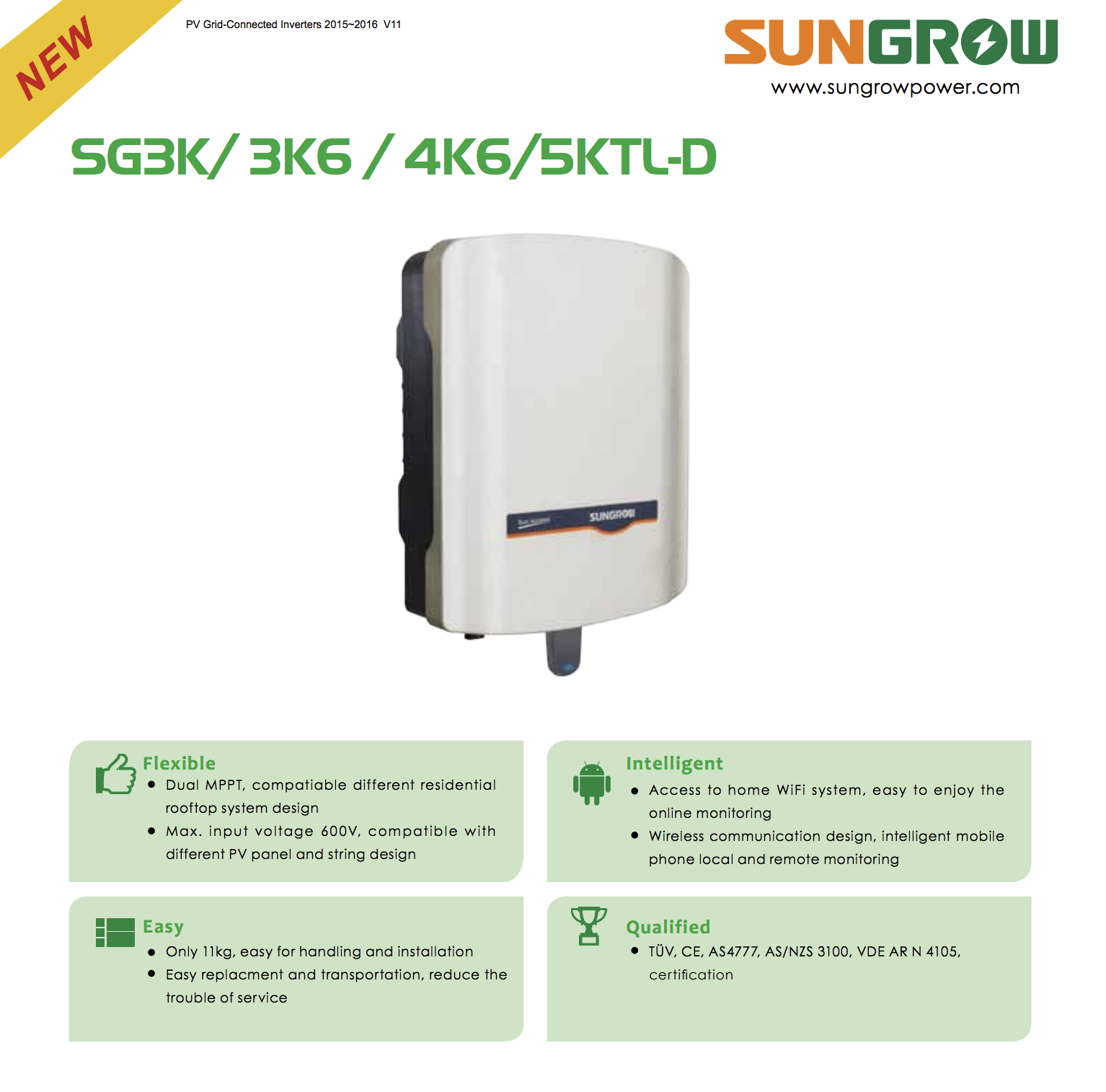 Sungrow inverters are 98% efficient with dual MPPT allowing them to be extremely suitable for technical designs (east/west designs). Sungrow inverters also have Wifi monitoring to allow you to keep an eye on your system from anywhere.

Sungrow inverters are your best bet when on a budget. Safe to say there as good as a cheaper inverter gets!

Fronius inverters are manufactured in Europe and are regarded in the industry as the best DC string inverter in the world! Fronius Australian HQ is based in Melbourne and have amazing customer and technical support. 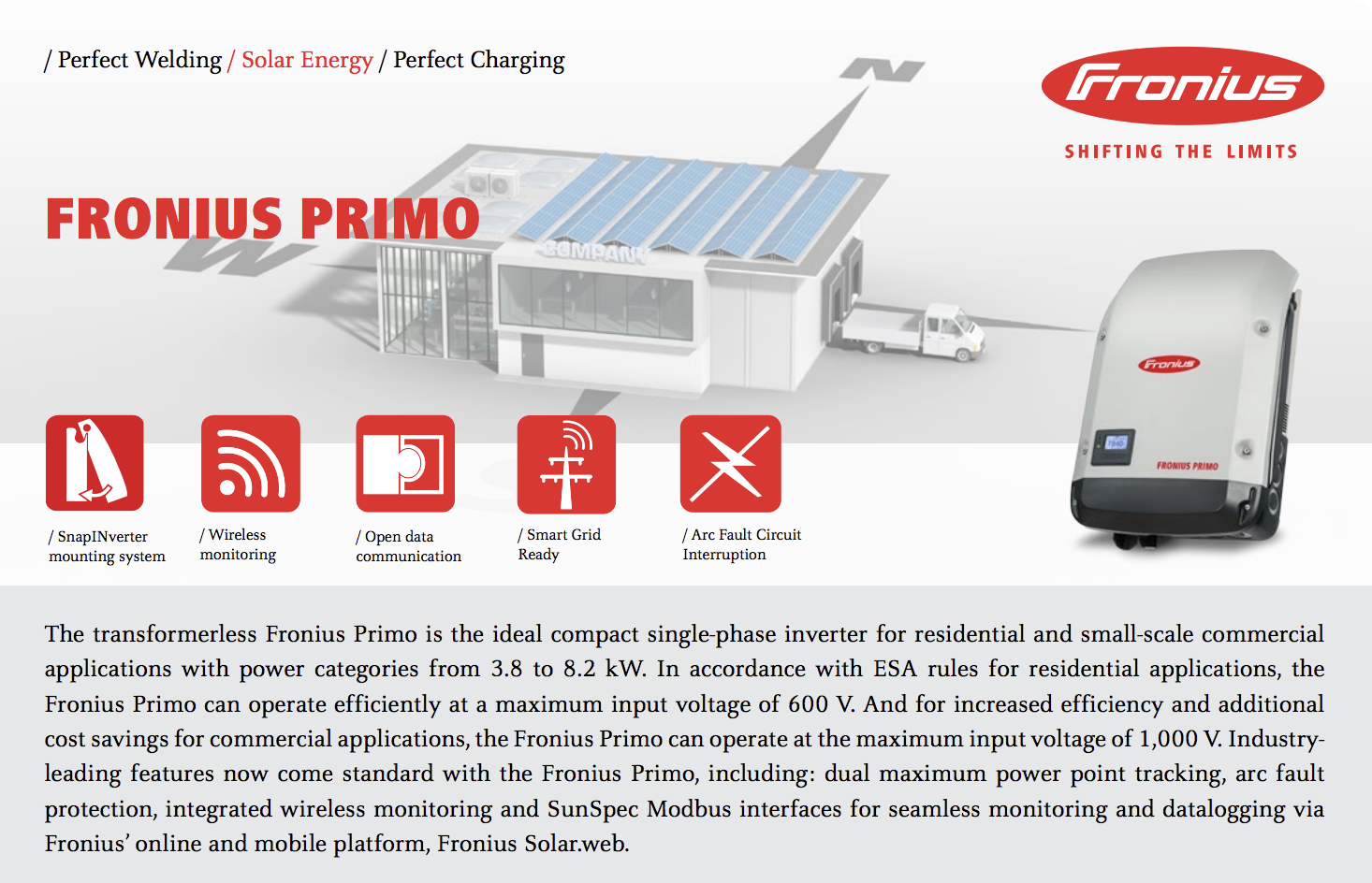 Fronius inverters are 98% efficient and have legendary status for their MPPT’s which can handle up to 3 different solar panel orientations (if two are symmetrical). With a 10 year warranty, amazing warranty service and even better technical support, Fronius inverters have earned a sterling reputation for a reason. Fronius also offer a great device for export limiting called a ‘smart meter’ which also provides comprehensive monitoring. Although, I always recommend installing a device called ‘solar analytics’ to partner with your fronius inverter as this device is far more user friendly and offers more information.

Fronius inverters in my opinion have now taken over SMA as the world’s best DC string inverter. They’ve grown so much in popularity over the last couple of years that it’s often tricky to get a hold of one! As always, it’s extremely important to select an experienced solar installer but you can’t go wrong with a Fronius inverter!

Enphase are a U.S based company who lead the industry in AC solar systems technology by a long shot! Unlike your traditional DC string inverters above, Enphase AC Micro-inverters sit behind each solar panel to provide individual panel monitoring, individual panel optimisation, easy scalability and an overall safer system (AC electricity- no DC electricity run through your roof space or rooftop DC isolators). 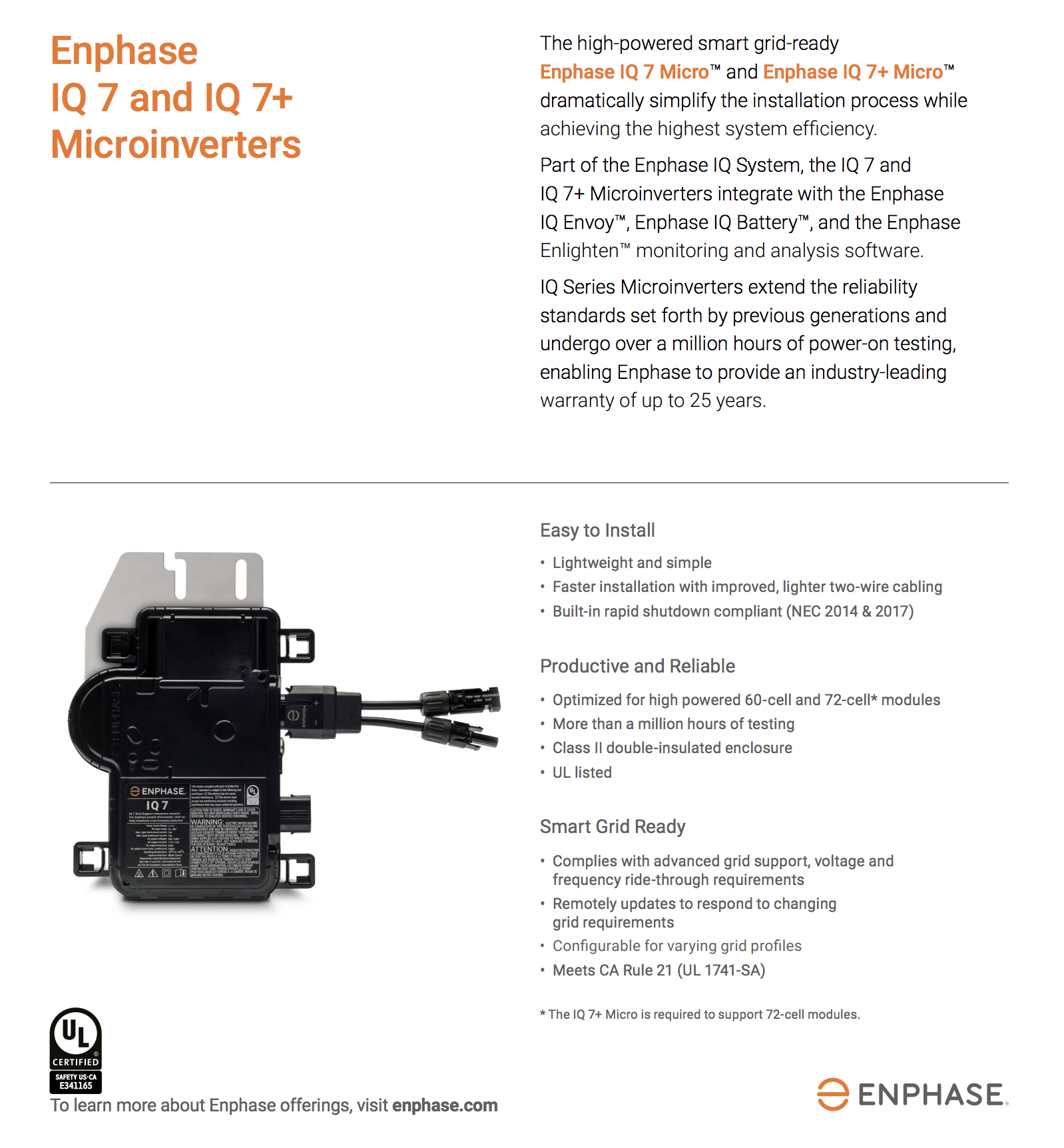 Enphase provide a 10 year warranty on its micro-inverters, covering defects in workmanship and materials. Their customer support is incredible with majority of problems being solved remotely over the phone through their gateway.

Enphase Micro-inverters are extremely smart and efficient. Similar to the impact that DC optimisers have, micro-inverters allow each solar panel to work individually as its own little generator resulting in a far more powerful system. As stated above, Enphase AC solar systems are a far safer option with functions like ‘auto shutdown’ and benefits like ‘no DC electricity’.

Unlike traditional DC solar systems where only 1 inverter is required, Enphase AC solar systems require 1 micro-inverter behind each solar panel. I highly recommend Enphase systems where you have future plans to either expand or add battery storage. Enphase monitoring is also amazing for the tech geeks out there who love to check their system daily like me. They also lead the way in being VPP ready which means if energy becomes decentralised and micro-grids form, Enphase will be prepared! 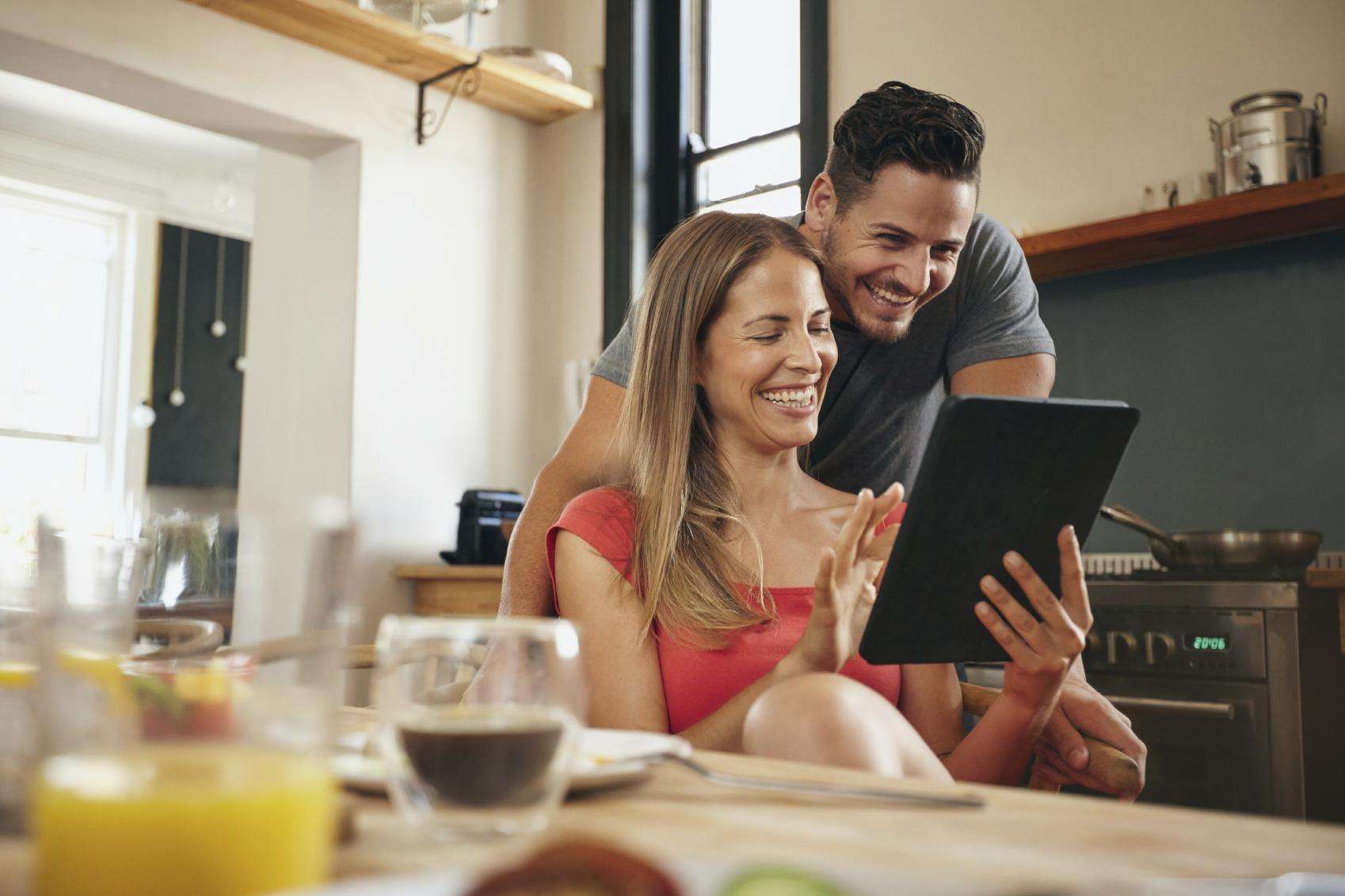 5 Things Your Solar Quote Needs To Have

Arrange an on site inspection with a solar professional to discover how much you can save through Paramount Energy.